We’re down to the wire with my book on King Arthur being on sale for FREE!

This link will take you to the book wherever you are in this world! 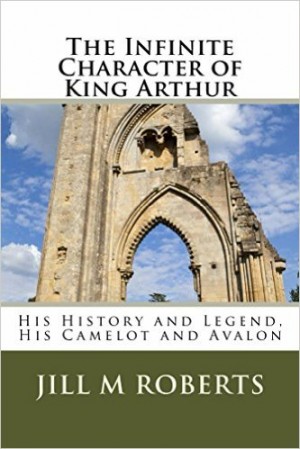 Thanks so much for all your support!!!

The Infinite Character of King Arthur’s price goes back up tomorrow! Get a copy while it’s FREE!

One day left! Get your copy while it’s still FREE!

Get your FREE copy HERE

Thanks so much for all your support!

The Infinite Character of King Arthur is FREE for one more day!

Grab your free copy before the price goes back up!

Get Your Free Copy Today Here!

The Infinite Character of King Arthur on Sale this Sunday!

This Sunday for my son’s 13th birthday, I will be giving away, “The Infinite Character of King Arthur” for Free!!!

Here’s the link below

The next part of the series will launch next week!  Book Two is titled “Mystical People and Places Accessing Supernatural Elements in the Arthurian Legends”.

I am really excited about this one. It’s taking two of my favorite subject matter and putting them together.  So keep an eye out for my posts and emails this weekend and the coming weeks!

You can get a look at Infinite Arthur HERE!

Free Preview of my book The Infinite Character of King Arthur!

Click on the link above to read a preview of my book, The Infinite Character of King Arthur: His History and Legend, His Camelot and Avalon! You don’t need to sign in, it should take you straight to the preview!

Arthurian Quote of the Day! 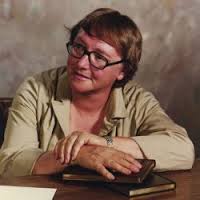 I know all about endings. It is beginnings that elude me.

Marion Zimmer Bradley (born June 3, 1930) wrote her first novel at the age of 17. The Forest House, a prequel to her landmark Mists of Avalon series, was published after her death.

All My Best,
Jill M Roberts

The Thirteen Treasures of Britain by Human Odyssey

I was nicely surprised this morning when this amazing article was shared on my Facebook page Arthurian Romances! I’ve asked to post it here so you may enjoy it as well!

The “Thirteen Treasures of Britain” are famous artefacts from Celtic legend. The kings and heroes of Britain possessed these divine hallows during the divine age – a time when Arthur and Merlin protected the realm.

Rulers and chieftains were given these treasures as a sign of their sovereignty. Each treasure had its own way of testing a king’s worthiness: they were designed to be wielded by the righteous and the brave, often failing in the hands of the wicked.

The Thirteen treasures of Britain included:

1. The Flaming Sword (Dyrnwyn) of Rhydderch Hael; Only the king of the north could wield this weapon which was said to burst into a flame from cross to the point.

2. The Chessboard of Gwenddolen was renowned for its ability to play opponents by itself. The board was made of gold, adorned with 32 silver pieces. The knight, Peredur, once played against it and lost. Outraged at his intellectual unworthiness, he threw the chess board into a lake.

3. The Hamper of Gwyddno Garanhir acted like a food replicator. Any goods that was placed inside it was copied ten-fold. Once reopened, it would have a hundred servings to feed a whole army of people.

4. The Carriage of Morgan Mwynvawr was renowned for its speed. It was claimed that its passengers were swiftly transported to wherever their hearts desired. Some said it flew through the sky to its destination, other that it arrived at its target in the blink of an eye.

5. The Horn of Bran Galed was especially sought after by those who liked their drink. It could dispense any beverage its user wished for, including rum, wine, beer and ale. Bran the Blessed, who was the custodian of this artefact, later became a guardian of the Holy Grail.

6. The Halter of Clydno Eiddyn could tame any horse in the kingdom. It was kept at the end of Eiddyn’s bed. Whatever horse he wished for at night, would appear harnessed to the halter in the morning. This was a most prized possession for any horse-loving Celt.

7. The Knife of Llawfrodded Farchawg was so swift that it could serve up a hog-roast for twenty-four men all at once. It was great for a feast, but could also be a deadly weapon on the battlefield.

8. The Cauldron of Dyrnwch (a Celtic giant) could boil a most delicious stew, but it would only feed the most courageous of people. If a coward tried to boil meat in it, the flesh would remain uncooked. However, if a brave champion placed his kill in the pot, it would cook a sumptuous feast for him and his army.

9. The Tunic of Padarn Beisrudd was made to fit the kind and noble hearted. If a wicked person tried to adorn themselves with the armoured tunic, it would shrink in size, prohibiting the unworthy from its magical benefits.

10. The Whetstone of Tudwal Tudelud produced the most finely sharpened swords in the land. However, it would only hone the blade of a brave and fierce warrior. Any enemy struck by its finely polished blade was sure to die. However, if a coward sharpened his sword on its magical edge, it would blunt their weapon, rendering it useless in battle.

11. The Crockery of Rhegynydd Ysgolhaig produced the most wondrous feasts. It would fill itself to the brim with whatever food its master wished for, and was said to feed thousands of people during the harvest festival.

12. The Mantle of Arthur could conceal the user from his enemies. Whoever was robed in this magical cloth would become concealed to the outside world. Rather than a cloak of invisibility, it functioned more like a chameleon, blending in with its surroundings.

13. The Ring of Eluned was perhaps the most powerful artefact of all. Whoever concealed the stone of this ring would become invisible. They would not be able to kill anyone while concealed, for as soon as they took their hand away from the stone, they would become visible once again. This helped to ensure the ring wasn’t used as a deadly weapon in the wrong hands.

According to legend, Merlin the magician spent many years searching for all these divine artefacts. Eventually he procured all thirteen treasures from their owners and took them to his glass abode on Bardsey Island, Wales. When he eventually faded from this world, the divine age of Celts came to an end.

Some say the treasures of Britain can be found in Merlin’s secret tomb, but sadly its location has been lost in the annals of time. Others say the treasures are still with us, buried beneath Britain, waiting for a virtuous and noble soul to reclaim them.

The Infinite Character of King Arthur: His History and Legend, His Camelot and Avalon by Jill M Roberts

Hi All! For my friends in the US and the UK, here’s the link for my new book on King Arthur! If you get the chance to pick up a copy, please let me know what you think. Hope you all enjoy!
All My Best,
Jill

“The Infinite Character of King Arthur:
His History and Legend,
Camelot and Avalon”

Hope you all enjoy it!

All My Best,
Jill